It happened in a blink.

One day, Revive was an Australian-based Christian music band on the outside of the country’s decidedly secular music scene. The next, the quartet was living in Atlanta, about to become a key addition to America’s growing Christian music industry.

Under the tutelage of Third Day frontman Mac Powell, who produced the band’s first Essential album, Revive earned a New Artist of the Year nomination in the Gospel Music Association’s 2010 Dove Awards. But that stamp of approval from the group’s peers was only a marker on Revive’s creative journey—the best was yet to come.

A testament to that is Blink, an album in which the foursome grapples with the art of living in the moment while keeping an eye on the finish line.

“The theme kind of birthed from a discussion about how long we might be a band for,” lead vocalist Dave Hanbury says. “Are we gonna be a band for years and years? Realistically, you never know. So we thought, ‘Well, we’re gonna do this record. So let’s make it about something that matters.’ And it hit us! ‘Chasing what matters is a great theme for the record: Your life is over in a blink. What are you gonna do with it?’”

Once they arrived at that central idea, the album came together in a proverbial blink. The group wrote and recorded the bulk of the project in a two-month window, purposely challenging itself. Revive enlisted Dove-nominated producers Jason Ingram (Brandon Heath, Tenth Avenue North) and Rusty Varenkamp (Bebo Norman, Rush Of Fools) and worked for the first time with outside songwriters, including Ingram, Ben Glover (Fireflight), singer-songwriter Phillip LaRue and Paul Moak (Matt Maher, Jennifer Knapp).

“As a band, you mature and work with different people in the hopes that everything gets pushed up a little,” drummer Mike Tenkate observes. “Jason and Rusty, with the experience and time they’ve had, really pushed us in terms of the songwriting and the musicianship on the album. They challenged us not only in terms of skill level, but also to work together better as a band.”

Revive’s makeup was particularly tested as the group underwent its first lineup change. Original guitarist Tyler Hall, never truly able to ease the discomfort from leaving his original homeland, decided to move back to Australia with his wife. Hanbury, Tenkate and bass player Rich Thompson continued working on Blink—even before they found Hall’s replacement—and slightly altered the band’s musical core in the process.

“We wanted more of a pop sound on this album,” the 20-something Hanbury says. “We’re less interested in melting people’s faces with guitar riffs. These new songs are based predominantly around melody, and that’s dependent on strong songwriting. So we really worked ourselves on writing for the record. Then we complemented it with beautiful guitar parts.”

In the midst of the sessions, Revive recruited guitarist AJ Cheek, whose previous band, Nevertheless, had just dissolved. Cheek added a warm, more subtle sound to Blink. And he meshed quickly on a personal level with his three new band mates—refreshingly surprising, considering they’d spent their formative years on a completely different continent in a separate hemisphere.

“It was one of those things where we walked in the room and introduced ourselves, and it was a little awkward at first, just like anytime meeting somebody new, but literally a half-hour later, we played some songs and we were out to lunch, hangin’ out and goofin’ off and already crackin’ jokes,” Cheek recalls. “It was crazy how easy it was to transition into playing with these guys.”

The Southern-bred guitarist “definitely brings a different sound to the band,” Thompson deadpans. “Nobody can really understand what he’s saying.”

In fact, Cheek’s recruitment provides an additional layer of meaning in Blink. His membership coincided with a renewal of the band’s outlook on its creativity and its day-to-day existence.

Since its foundation in Australia, where the original four members all attended the same church, Revive has been an exercise in trust. The band held a long-term focus on making a meaningful difference, but it wasn’t easy in Australia. There’s no Christian industry there, no professionals to turn to for advice.

The first opportunity came when asked to open for Third Day on its Australian tour. The two bands formed an immediate bond, and Mac Powell encouraged Revive to move to Atlanta. The band members—and their wives—took that advice months later with few plans. Even while they were on the plane to America, they literally had no idea where they would reside upon their arrival. The answer was provided. A fellow passenger at baggage claim helped three of the four couples find places to stay immediately.

Revive purchased a stark white tour bus—laughingly described by the band as “a Tic Tac on wheels”—on eBay and hit the road. The vehicle has its problems (“There’s your first mistake—buying a bus off of eBay!” Thompson laughs), but it’s enhanced that belief that their needs will be provided. When the transmission went out, a UPS driver who claimed he was a fan paid the entire bill. Anonymously. There’s just so many of those stories with Revive, and it’s really evident that God has an overview.

In Blink, Revive responds to that support with an album that holds broad appeal. The disc brims with the influence of such CCM stalwarts as Michael W. Smith, dcTalk, Switchfoot and Steven Curtis Chapman. But it also incorporates the arena-rock perspective of U2 and the bittersweet tones of such pop/rock mainstream bands as Coldplay, Snow Patrol and The Fray. That was by design. Revive chose to hook fans with melody and atmosphere, and ensured that the album mixed surface enjoyment with depth of meaning for its audience.

The raucous opener, “Almost Missed This Moment,” kicks off that approach, couching its be-present-now theme in a catchy chorus and thriving backbeat. “Blink,” “Something Glorious” and “Hold On Love” help knit the theme together until the album concludes with the thoughtful “Welcome To Eternity.”

This year, Revive has even appeared in a series of living-room shows cleverly tied to the WinterJam Tour. For a small booking fee, the band performed intimate side concerts in private homes in some of the cities the tour visited. These bonus shows allowed Revive to further hone its material and gave select fans an opportunity to bond tightly with the musicians.

“We heard about an artist doing these kinds of shows, and we were like, ‘That’s a really cheeky cool idea. We should think about doing that,’” Hanbury notes. “It’s a bit of a roll of the dice. You never know what you’re going to get. You’re setting up in someone’s home. But every time it’s been just a 10 out of 10. The people have treated us well, they’ve fed us great, people have showed up and it’s just been so much fun.”

It’s perhaps risky, but it perfectly fits the collective personality of Revive. A band that would move 9,200 miles to a city where it had no place to stay—that kind of band wouldn’t blink at playing in a stranger’s home. In fact, Revive views each of those shows as an apt extension of Blink—a short-term adventure lived in the moment that fits perfectly with a meaningful long-term goal. 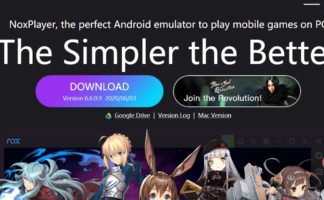